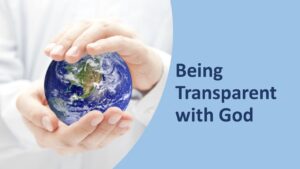 A young woman brought her fiancé home to meet her parents.  After dinner, her mother told her father to find out about the young man.

The Father invited the young man into his study for a talk.  “So, tell me.  What are your plans in life?”

“A Biblical Scholar?  Hmmmmm.   Admirable, but what will you do to provide a nice house for my daughter to live in?” asked the Father.

“Well, I will study,” the young man replied,  “and God will provide for us.”

“And  how will you buy her a beautiful engagement ring such as she deserves?” asked the Father.

“Well, I will concentrate on my studies,” the young man replied, “and God will provide for us.”

“And children?” asked the Father.   “How will you support them?”

The conversation proceeded like this for some time, and each time the father questioned the his daughter’s fiancé,  the young man insisted that God would provide.

Later, the mother asked, “So how did your meeting go with our daughter’s fiancé?”

“Well,” the father replied, “He has no job, and no plans for the future, and he thinks that I’m God.”

Though the father of the bride may not have been too happy with the young man’s answers, one thing came through loud and clear:   that young man had humility.   Rather than making up answers to try to impress his fiancé’s  father,   the young man trusted that he and his fiancé’s lives were completely in the hands of God.

And while all of us, at times, may not like to admit it, the fact is that all of our lives are also, 100%, in the hands of God.   It’s God who’s responsible for our essential needs, God who’s the spark of our dreams, God who ignites visions for our world in our hearts and souls, and God who calls us to proclaim the Good News of Salvation, according to our particular state in life.

Humility is just the virtue that makes our dependency on God fully transparent.   It unearths a truthfulness before God and all others without regard for the consequences, and elicits from us, a readiness to serve God without consideration for our personal comforts or plans.

We see this in our first reading, when Sirach asserts,  “the greater you are, the more you must humble yourselves, so that you will find favor from the Lord.”  (Sir 3: 18)    In other words, the greater the responsibility we’ve been given, the more we must seek to fulfill our obligations in the way that God would want to see them fulfilled, that is —-with a consciousness of how, what we’re called to do, brings God’s kingdom closer to its final vision.    Such a humility too, has, at its starting point,  an acknowledgment that, while we may be imperfect creatures,  God’s always there, with his grace, to make up for our imperfections, and to assist us in making difficult decisions, if we’re but willing to acknowledge his presence and to be receptive to what God has to say.

Toward that end,  Sirach concludes by asserting, “the mind of the intelligent appreciates proverbs and an attentive ear is the desire of the wise.”  (Sir 3: 29)  In other words, one mark of intelligence is not just looking at things at face value or only from one perspective.  Proverbs, like other types of literary genre, can often have many layers of meaning that we can unearth if we’re willing to put in the time to explore their many facets.  Sirach states that an intelligent person will not jump to conclusions, nor take things on their literal level, but is willing to be informed and to be changed by new insights.

The same is true when we listen to divergent opinions with the intent of gathering whatever tidbits of truth they may contain and to add them to our own.

In our gospel passage for today, Jesus also speaks about humility when he gives us the example of taking the lower seat at a table rather than presuming to take the place of higher honor the same table.    This example highlights that a humble person always considers that there may be others who may have more knowledge, more skills, more expertise than themselves and are willing to defer to them, when necessary.   Most of the time, those who’ve been given seats of honor in various instances started at a lower position and worked their way up to where they are now.

The journey to becoming a bishop is one such an example. Every bishop started out as an ordinary parishioner in their local parish.   I’d venture to bet that almost every future bishop exercised lay ministries in and outside of their church community as a youth and a young adult.   As he exercised these ministries, others may have noticed his skills or willingness to serve, and gave him greater responsibilities or may have encouraged him to become a priest.   He then would have contacted the Vocations Director whose job it is to discern whether the man has a calling to ordained service in the church.   Once accepted by the diocese or religious order, the man  then would have entered into the seminary for four years and learned the basics of what is needed to serve as a leader in the church and to preach in God’s name.    During that time he’s continually evaluated and formed by those responsible for his care.   When he’s deemed ready for ordination,  he first becomes a transitional deacon and is made a herald of the good news.   After a period of probation as a deacon, usually lasting from 6 months to a year, he’s then ordained as a priest and is assigned as an associate pastor for a time, to learn the ropes of pastoral and sacramental ministry.  Then, when he’s proven to be able to take the reins, he’s given, ideally,  a pastorate in a small parish first, then a medium-sized one, and then a large one.

And if his leadership skills are exemplary and his holiness is noteworthy,  a bishop may  recommend him to the apostolic nunciature for consideration to be a bishop.  Then the nunciature sends out top secret questions about the character and holiness of a candidate to those who know him before reaching a decision as to the candidate’s suitability.  The candidate is then interviewed for orthodoxy to ensure his beliefs are in concert with official church teaching.  The final determination is made by the pope himself and then the candidate is contacted to determine if he’s willing to become a bishop.     If he is, then he’s  ordained a bishop and assigned by the pope to a particular diocese.     So as you can see from this example, a bishop ought to be one of the most humble persons around,  having experienced what it’s like to serve at all levels of the church before  being ordained to the episcopacy.   Like him, we’re all called to lead lives of humble service and to strive to be generous in that service, in whatever ways the Lord may call us.

What do we get for a life lived in humility to Jesus Christ and our service to the Gospel? Our second reading so beautifully describes the magnificent Kingdom that awaits the humble of heart!   The author remarks, “You have not come to something that can be touched, a blazing fire and darkness and gloom…..But you have come to Mount Zion, to the city of the living God, the heavenly Jerusalem, and to innumerable Angels in festal gathering, and to the assembly of the firstborn who are enrolled in heaven…and to Jesus, the mediator of a new covenant.”  (Heb 18, 22- 23a, 24)  What an awesome vision of the great grace that we’ve already been given by God, who’s called us by baptism to enter that Kingdom!   What an inspiring vision of what God has prepared for us who believe!  What a plenitude of grace God is willing to shower upon us, if we but turn to him in humbleness of heart!

The next line of that passage, not recorded in today’s passage, is also pertinent.   The author urges us, “See that you do not refuse him who speaks.”   It’s an admonition to be sure that we don’t take God’s grace for granted.

It’s a cautionary line, urging us to always keep our hearts open and receptive, to whatever God wants to give us and to be ready to act, in God’s name, with joyful and willing hearts, minds and souls, whenever God asks.