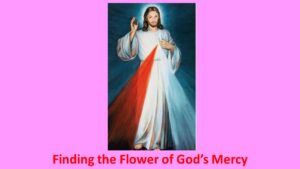 Fred had inherited 10 million dollars one day, but in order to collect it, he had to travel either to Brazil or to Chile.  He chose Brazil, doubting that Chile had anything worthwhile to offer.  But as it turned out, had he chosen Chile, he would have inherited some land on which uranium, gold and silver had just been discovered.  Back in Brazil, Fred had to choose between his inheritance in coffee or in nuts.  He chose the nuts, doubting that coffee was worth anything.  But again, he made the wrong choice.  The bottom fell out of the nut market, while coffee went up $1.30 per pound.  Poor Fred had lost everything he had to his name in a day.  So to get some money for a return ticket to the USA, he had to sell his gold watch.  That gave him enough money to return to either New York City or to Boston. Skeptical that the big apple had any redeeming value, he chose Boston.  When the plan for NYC taxied up, though, he noticed it was a brand new super 747 jet with red carpets, a sleek space-age design, and wine-popping flight attendants.   The plane that was going to Boston instead, was a 1928 tri-motor with a sway back.   Once the passengers had all boarded, it took them four hours to get off the runway.   To make matters worse, the plane was filled with crying children.

“How could this day get any worse?” he thought.   Just then Fred looked out the window and saw one of the plane’s engines fall off.   Frantic, Fred made his way to the captain and exclaimed, “I can’t take it anymore!  Get me off of this plane!”

The pilot reluctantly agreed but said, “On this plane, anyone who bails out, must wear two parachutes.”    So Fred jumped off the plane, and as he was free falling, he had to make up his mind which rip cord to pull.  He chose the one on the left.   But it was rusty and the wire pulled loose.  So he tried the one on his right.   The chute opened but its lines snapped as well.    In desperation, poor Fred cried out to Heaven,  St. Francis, save me!   Then suddenly, out of the blue a great hand from heaven reached down, caught Fred and held him dangling in mid-air.   Then the voice from Heaven asked,  “Was that St. Francis of Assisi or St. Francis Xavier?

What this story and our gospel have in common, is that both focus on the role of doubt in our faith lives.  Our English word, ‘doubt’ comes from the Latin word, ‘dubitare’ which has its origin in the Aryan word, meaning ‘two.’  When we believe something to be true, we are of “one mind about accepting it’ but when we disbelieve something, we are of two minds and waver between the two options.   Interestingly, the name Thomas, means twin, or ‘two’ as well!

Christian faith distinguishes between three different kinds of doubt.  The first kind is methodical, scientific doubt.  It’s the kind that seeks, step-by-step logical deduction to arrive at the truth.   Only physical, empirical evidence that removes all doubt is worthwhile.  This kind of doubt works well in science, where physical observation and verifiable results are necessary components of any conclusion.    It’s also the kind of doubt that Thomas has in our Gospel. He won’t believe that Jesus is alive despite the testimony of other disciples.   He has to see Jesus for himself.  He needs a first-hand account.   Only by physically placing his finger into Jesus’ healed wounds will Thomas’ doubt be dispelled.

Needing such proof, Jesus, in his mercy, gives it to Thomas.   He does so, because Jesus knows that if Thomas’ doubts persist for too long, he might lose his faith in the resurrection.  It’s this flower of mercy that we celebrate today!  For it’s the conviction of the first disciples who saw the risen Lord that enabled them to risk life and limb to proclaim Jesus alive and risen from the dead!  We know later on, that Thomas became such a zealous disciple for Christ, that he became a missionary to India and led many, in that part of the world, to embrace the Christian faith.

The second kind of doubt is called skeptical doubt.  Unlike the first kind, this type of doubt is based on a pervasive, pessimistic attitude toward everything and everyone.   The doom and gloom people in our world herald this kind of doubt.   Fred, in our story, has traces of it too, because he bases his decision to jump out of the plane on the basis of his belief that nothing good will ever come his way.

However, skeptical doubt runs contrary to the Good News that Jesus proclaimed!  It proclaims that Good will win over Evil, that Grace is so much more powerful than Sin,  that  Love is way more powerful that Hate.

The third type of doubt is called existential doubt and it’s the kind whereby we can come to understand and embrace our faith more fully and deeply.   When we lack significant, vital information about something or someone and are unsure whether we should make a life-changing choice based on the limited information we have, we’re experiencing this kind of doubt.   It’s the kind of doubt Job had when all that he held as precious and valuable in life was taken away from him.   It’s the kind of doubt Mary had when she asked the Angel Gabriel how she would become the Mother of God, since she was still a Virgin.   And its this kind of doubt that led Jesus himself to exclaim on the cross, “My God, my God, why have you forsaken me?” For us today, it may be the kind of doubt that those considering marriage might experience when making their choice or the kind of doubt that those considering a vocation to religious life might experience.   Through all these doubts, it’s the risk of choosing to believe in a God of love and goodness, a God who has our back, and who has a plan for our lives, that enables us to press onward, by faith.

In the past, such existential doubt was frowned upon.   Back then, faith was conceived in terms of propositions to be assented to, without any conditions or reservations.  People often didn’t know the reasons for what it is that they believed.

Such a propositional faith though, is hard to maintain when pressing events weigh heavily upon our hearts or our world or when we encounter others who challenge us to account for the faith and hope that we have within us.

A careful reading of the Gospel reveals a dynamic relationship between religious faith and existential doubt.

Both can work together to make our faith more vibrant and relevant in our day to day living.   It’s like looking at life through a keyhole.   We don’t always see enough to know the full picture, but we rejoice in what little hints the Lord does reveal to us.

However, if we get frustrated by not seeing the full picture, we may be tempted to make rash judgments about what’s happening to us and this can often lead us to form wrong conclusions about what God’s doing in our lives.  Such quick judgments can also run the risk of misrepresenting God’s nature or God’s intervention in our lives and, if left ubridled, may make us give up our faith in God all together.

What Jesus teaches us, though, is that a faith-filled life is ultimately about learning how to live securely with these questions and small glimpses and to walk with confidence in the darkness of not-knowing toward the light that leads to truth, goodness and lovingkindness.   For a faith that can be proven by reason alone is no faith at all, and a faith that’s blind to the demands of sincere, heartfelt questioning, is unworthy of the name.

Our Risen Lord knows that human life isn’t easy.  That’s why he’s chosen, from time to time, to reveal his mercy to us, so that our faith might be strengthened to endure the darkness that doubt sometimes presents to us.   One such private, graced revelation happened in Krakow, Poland in 1931 to Sister Faustina.    There, Jesus appeared to the nun, dressed in white with pale rays coming forth from his heart.   The white rays represent the water which makes souls righteous while the red rays represent the blood which is the life of souls.    Jesus asked, Sr. Faustina, to repeat constantly, “Jesus, I trust in you.”  He further instructed her and all of us, to recite the chaplet to the Divine Mercy to obtain mercy for even the most hardened sinners, those with the greatest doubt of God’s love for them.

It’s fitting then, that the bishops of Canada, have asked us to celebrate this Sunday in honor of the Divine Mercy, which was another request of Jesus,  because the events of the passion and resurrection of Christ is the example, par-excellence, of God’s mercy poured down upon sinful human beings, mercy which has the power to overcome our doubts and to renew our faith once more.     So let us rejoice, today and every day, in the flower of God’s mercy and find in it, the means to transform any existential doubt we have into a radiant love for our Lord and for all.